¡Hola! ¡Si!  It’s time to talk about what happens to nouns when there is more than one, or the formation of plural.  When you have more than one object, you must change the ending to reflect this and it usually involves letter S.  The only difference between English and Spanish is that this will affect the entire sentence and not just the noun and verb.  Take a look:

The cat is black.    The cats are black.

Did you notice that every word changed in Spanish?  So now let’s study part by part what is happening.

This will happen to all beginning words, so remember to do it.  See previous units if you need to refresh you memory on how to change these to plural.

2-Add es if a noun ends in a consonant.

In this case ‘es’ changed to ‘son.’  So all verbs will be ruled by their conjugation particulars, going from third person singular, to third person plural.  In general an ‘n’ is usually part of a verb in plural.

One huge difference between English and Spanish is that adjectives must change according to the number and gender of the noun. The rules of nouns apply to the adjectives as well. Mostly these rules apply:

2-Add es if a noun ends in a consonant.

This a chart that makes this information a bit easier to digest: 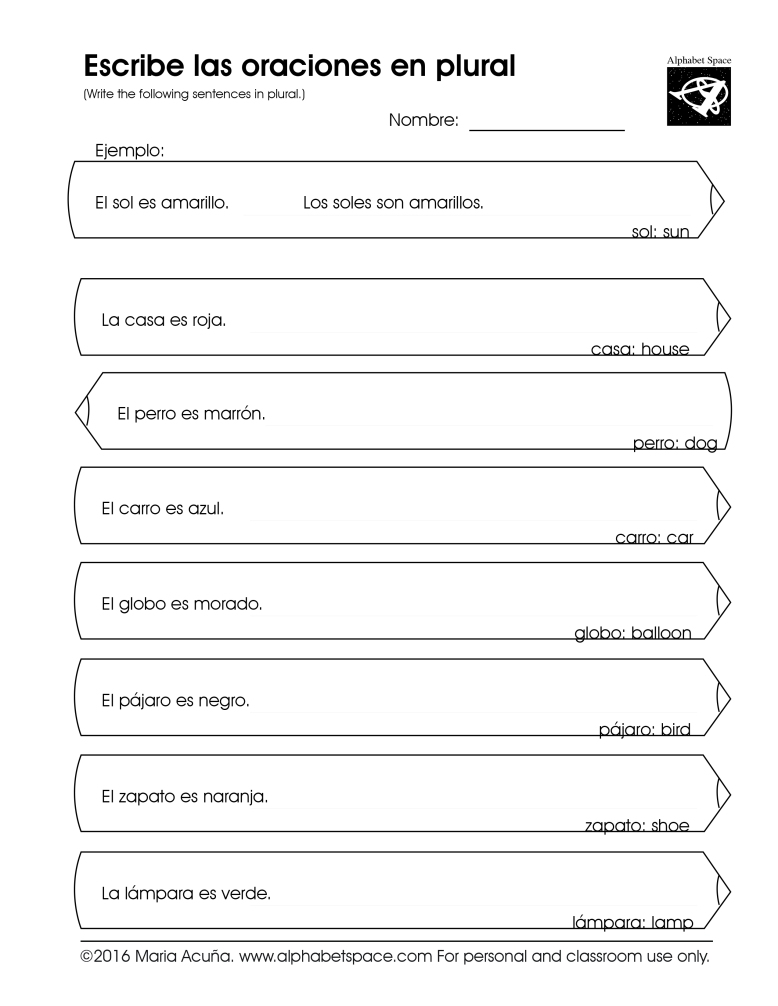